Tai Ping Hou Kui (太平猴魁) is a renowned tea from Huangshan District in Anhui Province with a flavor as elegant and evocative as the unique pick of the leaves.  The delicate scent of orchids greets you from the infused leaves while the liquor is full-bodied and silky smooth with a gentle sweetness and notes of nutmeg. The flavor lasts through multiple infusions and the dry finish lingers pleasantly throughout the day.

Tai Ping Hou Kui was invented around 1900. At that time the tea business in the nearby cities of Taiping County – Shanghai, Nanjing, and Yangzhou, was very good. The customers demanded high-quality green tea. The tea farmer Wang Kui Cheng 王魁成 (nicknamed Wang Lao Er) lived in Hou Gang (猴岗) Taiping. He was very experienced in the processing of tea and decided to use high-quality material and refined processing to produce a batch of premium green tea to meet the demand of his customers from big cities. The highest tea garden in Monkey Hill is called Phoenix Peak (Feng Huang Jian 凤凰尖) with an altitude of 750m, and he asked his men to pluck tender long shoots of newly opened one bud three leaves from there. He used all his talents to process the tea. The tea was made and the quality was fantastic. His customers called this tea Wang Lao Er Kui Jian, which means “The champion tip of Wang Lao Er” (In Chinese, kui 魁 means No.1, Champion and coincidentally the name of the inventor also contained the word Kui). Later, because the main places in which this tea is produced were Monkey Hill (Hou Gang 猴岗) and Monkey Hole (Hou Keng 猴坑), and the inventor’s name had the character Kui, the tea was formally named Tai Ping Hou Kui.

There are no reviews yet. 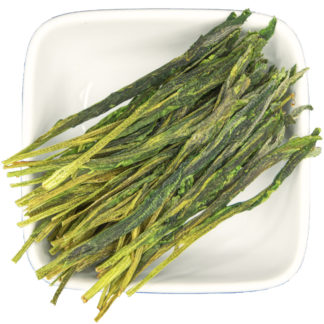 You're viewing: Tai Ping Hou Kui $8.25 – $54.40 (from $0.96/cup)
Select options
We use cookies on our website to give you the most relevant experience by remembering your preferences and repeat visits. By clicking “Accept”, you consent to the use of these cookies. Read More
.
Cookie settingsACCEPT
Manage consent

This website uses cookies to improve your experience while you navigate through the website. Out of these, the cookies that are categorized as necessary are stored on your browser as they are essential for the working of basic functionalities of the website. We also use third-party cookies that help us analyze and understand how you use this website. These cookies will be stored in your browser only with your consent. You also have the option to opt-out of these cookies. But opting out of some of these cookies may affect your browsing experience.
Necessary Always Enabled
Necessary cookies are absolutely essential for the website to function properly. These cookies ensure basic functionalities and security features of the website, anonymously.
Functional
Functional cookies help to perform certain functionalities like sharing the content of the website on social media platforms, collect feedbacks, and other third-party features.
Performance
Performance cookies are used to understand and analyze the key performance indexes of the website which helps in delivering a better user experience for the visitors.
Analytics
Analytical cookies are used to understand how visitors interact with the website. These cookies help provide information on metrics the number of visitors, bounce rate, traffic source, etc.
Advertisement
Advertisement cookies are used to provide visitors with relevant ads and marketing campaigns. These cookies track visitors across websites and collect information to provide customized ads.
Others
Other uncategorized cookies are those that are being analyzed and have not been classified into a category as yet.
SAVE & ACCEPT
Powered by